The day before our baby shower was hectic. I won’t get into detail but I’m just going to say that I pray nobody ruins my special day when I deliver Baby Goodwin. Literally cried so much that I thought my eyes would be swollen shut the day of our baby shower.

My stress level was at an ultimate high. The girl that did my hair showed up 30 minutes late. I had the baby’s nursery getting painted and other work getting done around the apartment too and wasn’t able to be there. Not to mention, the guy that was doing the job showed up more than an hour late. ESPN arrived an half hour early to get footage and had to wait on this guy to do finish the job. I didn’t even have any shoes to wear until the day before our baby shower. It was a big hot mess and the list goes on and on.

Our shower was very intimate, so if you didn’t get an invite don’t take it personal. We had over 250 people come to our wedding, so imagine trying to narrow that list down to 60 people. I had some uninvited guest which kind of pissed me off. It’s disrespectful to bring extra people to someone else’s event without getting permission first. Sixty people was all we had seats for. With that being said, those who were invited were close relative such as immediate family and very close friends who we consider our extended family. ESPN came to film some parts of our baby shower, which was pretty cool. Stay tuned for our baby shower highlight on GoodwinSZN.

I’ve recently started feeling BLAH some days where I have no emotions. I guess I can describe it as exhaustion or fatigue. Honestly, I don’t know how to describe it. Most days I am bursting with energy and then I hit like a wall. Some days I feel really stuffed and bloated by the end of the day. To help with this, I eat my last meal earlier in the day around 4pm no later than 5pm vs eating around 8pm or 9pm.

Braxton hicks have picked up a little more. I was nervous the first time I felt them around 19 weeks. Now they’ve become pretty normal to me, but I have noticed an increase. It doesn’t hurt and I’m not cramping so I know its not changing my cervix or anything. Braxton hicks are expected to increase towards the end of your pregnancy. It’s just preparing my body for labor.

You guys the baby is now so big that I can feel him/her kicking my ribs and hips. It doesn’t hurt but it’s so weird to feel myself getting bumped against my bones. The baby’s kicks and punches has declined and I feel more of a rolling sensation now. Our baby is running out of room now. It won’t be long until he or she is here! 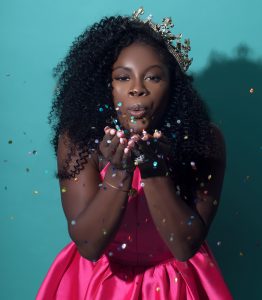