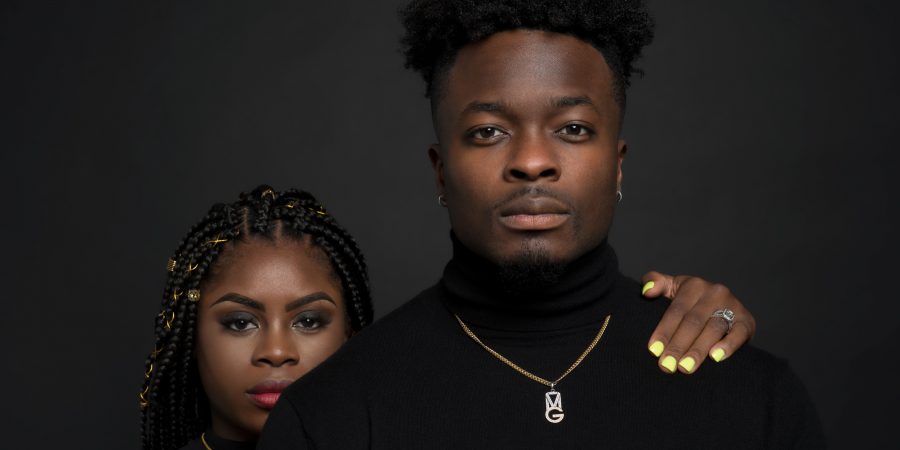 I know I haven’t really been writing much, especially after losing our twins but I would like to share a blog that I wrote for MommiNation. In this blog post, I explain my infertility struggles along with my two recent pregnancy losses.

I Am A Mom To Four Angel Babies…

My journey to motherhood is still being written. We still don’t have any living children although we’ve been trying to start our family since 2016. In 2016, we got married, bought our first home together, and then started our journey to becoming parents. Unfortunately, things didn’t happen as planned.

I was eight weeks pregnant when we had our first miscarriage in 2013. This seemed to work out in my favor as I was still running track at The University of Texas on a full scholarship. However, I had no idea this would be foretelling of what our future had in store. When we were both finally ready to grow our family, we experienced our next pregnancy loss. In 2017 when I was two days shy of being 20-weeks pregnant, I found out I had a condition called incompetent cervix.

What Is An Incompetent Cervix?

Incompetent cervix affects a lot of women. Women with an incompetent cervix will silently dilate during their second trimester causing preterm birth, premature rupture of the membranes, and sometimes an infection. The sad thing about this is that you never know you have incompetent cervix until it’s too late. Some women are lucky to catch it early enough and with bedrest and a rescue cerclage (a stitch that closes the cervix), they’re able to carry their baby throughout the remainder of their pregnancy.

I had a rescue cerclage placed when we found out at my 19-week anomaly scan that I had only 0.5cm of my cervix left. I was immediately admitted into the hospital. I got my stitch and then was sent home on bedrest. My journey to becoming a mother ended three days later when I woke up to a big gush of mucus and a trickling leak. I was admitted again and they removed my stitch because I was at an increased risk for infection because my cervix was now open and my mucus plug was gone. However, I didn’t realize that my pregnancy journey was over until I went to the bathroom and felt my amniotic sac bulging out of me. My husband called the ambulance and in less than five minutes I had six firemen standing around me while I was still on the toilet afraid to move. Talk about an embarrassing moment. I delivered that next morning in the hospital and my husband and I held our son as we cried in each other’s arms. Talk about the toughest experience I’ve ever had to deal with in my entire life.

Life After A Second Trimester Loss

After my loss, I started my blog, Incompetent But Hopeful, to share my experience and help other women who may be struggling with the same issues. I talk about my loss, my infertility struggles, my love life, and our travel experiences. Many other women reached out to me to share their pregnancy loss story and how they now have their rainbow babies. Rainbow babies are your living children after you experience a loss. They were telling me they had an incompetent cervix too and told me about how I can get a transabdominal cerclage (TAC) instead of a preventative cerclage (TVC).

I was told about this famous (the best) doctor out in Chicago named Dr. Haney, who places TAC’s by making a small incision on your bikini line and stitching the cervix internally. I did more research about the procedure and learned that I can have it done laparoscopically. So, I decided to get mine placed laparoscopically by a local doctor in Dallas. I had the procedure done, healed, and then started trying to conceive again. Boom, we got pregnant again. This time, we got pregnant with twin boys.

The whole pregnancy I was worried. I kept my pregnancy a secret because I was afraid to have another loss and I didn’t want to have to explain if we had another loss. Everything was all good until my 18-week ultrasound. My doctor discovered that I was funneling through my TAC. This is not supposed to happen! The TAC is not supposed to let you dilate or let your sac funnel through the stitch. I was offered a pessary, a plastic ring around the cervix to keep it closed, and sent home on bedrest. Later that week, I get admitted to the hospital for preterm labor. I was having nonstop Braxton hicks. I was put on ibuprofen every three hours and stayed in the hospital for three days to be monitored.

A week goes by on home bedrest and I start to cramp really bad. I get rushed to the hospital and admitted once again. This time Baby A’s (Marcel Goodwin) sac ruptured while I was contracting, which relieved a lot of pressure. Unfortunately, even though my contractions stopped quickly, my doctor explained to me that I was at extreme risk for infection and that Marcel didn’t have a chance being that I was only 19-weeks pregnant. His lungs wouldn’t develop if I didn’t have fluid around him. We informed my doctor in Dallas who placed my laparoscopic TAC about my situation and he told me that I was his first patient to have this happen. He advised my doctor to remove my TAC laparoscopically so I can deliver vaginally.

The plan was to remove the stitch and try to do a delayed delivery. Basically, I was going to deliver Marcel and they would’ve tried to stop delivery of baby B (Marquale Goodwin). This didn’t work out in our favor because the doctor who removed my stitch laparoscopically, accidently punctured my uterus and ruptured Marquale’s sac. I woke up to bad news and it didn’t even register because I was still groggy from the anesthesia.

I found myself delivering my twin boys the next day. Marcel was born still and Marquale was born breathing and lived for about an hour after birth. Once again, my husband and I was crying, sitting on the hospital bed looking at our beautiful babies we created. The one thing I want the most was stripped away from us, AGAIN!

This third pregnancy loss made me mad. The other times I was sad, but this time I was angry. I was angry because this TAC was supposed to work. And yet, other women with their TAC’s were announcing their healthy births. I was finally supposed to get my boys. I had made so many sacrifices to start a family. I put my track career on hold for two years in a row and left the hospital empty handed TWICE!

Where Are We Now?

I consistently pray for peace in everything that has happened to my husband and I during our journey to parenthood. I know that God has a plan, so I am praying for patience too. I am happy to be able to share my experience with other moms, especially those with angel babies. I hope my story inspires you to be the best mom you can be and I pray that you never give up. Yes, my story is sad and unfortunate but I am not telling my story to make you sad or feel sorry for me. My intentions are to spread awareness and let you know that pregnancy loss is common and can happen to anyone. Don’t ever feel ashamed or less than a woman because you’ve experienced pregnancy loss.

God has been good to my husband and I. We are blessed and I am happy to share that I recently went to Chicago and had my TAC replaced by the best doctor in the world. Dr. Haney assured me that I will be getting my rainbow babies soon. His work is impeccable and women all around the world travel to have their TAC placed by him. Our journey to motherhood is not over. I will not give up.

5 Replies to “I Wrote For MommiNation”