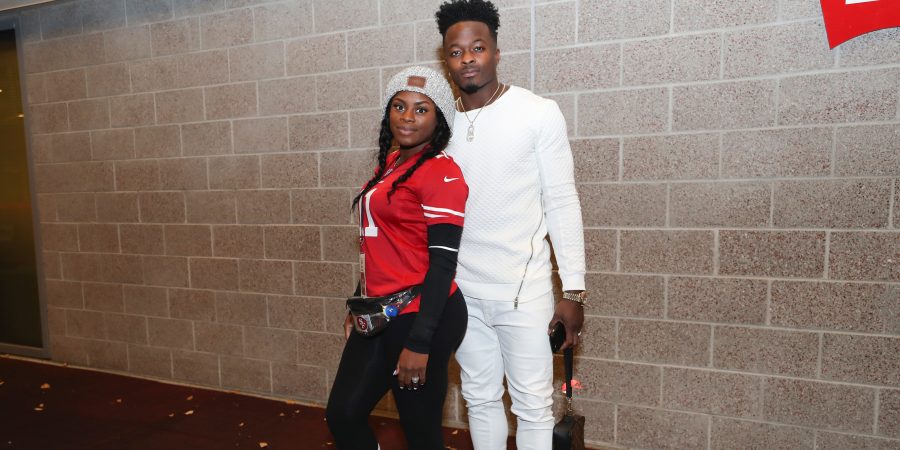 In case you don’t know what a WAG is, you can refer to my, “Part 1: Life As A WAG” post. It discusses what the term WAG means. I don’t know who invented the term and I really don’t care. I just use the term because its easy.

This post will discuss certain issues I have to deal with being a WAG. It won’t include every single thing I have to go through but it will include some things. Basically it will contain whatever I can think of while writing this post.

Being a WAG can be stressful sometimes. You have to hold yourself to a certain standard when your in public or on social media. This isn’t very hard for me because I don’t really act a fool. I grew up knowing that in certain settings you have to act professional. I’m not perfect though. One thing I do struggle with is my slag/jargon. I was born and raised in Atlanta, GA. and people tend to say that I am “country.” Then there’s times when I try to use a big word and end up using the wrong word that sounds similar. Or I make up words. I should have my own dictionary. LOL.

At times I may have to deal with my husband’s attitude. For example, If hubby comes home exhausted from a hard practice, he may not want to be bothered. He may not want to talk much, just cuddled. Sometimes he wakes up irritated. Hell, sometimes I wake up irritated. If I am on my period, there better only be one of us on our period cause it won’t end up pretty. LOL.

I used to have to deal with females sending nude photos to my hubby’s DM’s. I am pretty sure every WAG has had to deal with this or something similar. We really haven’t had this problem since we’ve been married though. This didn’t happen much but it used to happen when we were dating and when we were engaged. Hubby would always show me them just to keep all lines of communication open. I would hope that females would respect themselves enough to not send nudes to a married man or send them at all. Shame on them if they do send nudes to married men. They will have to take that up with God.

And then there’s the fans…

One thing that I always have to deal with is rude fans. All the fans see is a “game” and “players.” Some games I have to deal with angry fans calling my hubby names. Other times I have to read rude comments under my hubby’s social media posts. One thing I learned is that no matter how good you are, you will still have haters. Fans don’t see “players” as human beings. They see them as entertainment. However, these guys have lives. They have a family and football isn’t everything to them. Its a job. The income is nice though, but there are major risks involving football. Let me be clear though, not every fan is like this. Its just the rude fans. I’ve met the most amazing fans being a 49er.

Which brings me to another issue. Every day my hubby attends practice or a game he is risking his life. Football can cause life sustaining medial issues such as memory loss or paralysis, and even death. I have to constantly live in fear and worry about my husband everyday he goes out on the field.

And then there’s family…

I am positive every WAG deals with family issues. Whether it be mother-in-law issues, friends and family asking for money, family members pouring their issues onto you, etc. I am lucky enough to not have to deal with the typical mother-in-law issues. I love my mother-in-law. However, we do deal with people asking for money. They start off asking for $50. Then later it turns into $500 and then $5,000. You’d be surprised, the numbers add up. Like yea we got it right now, but later when football is done we will need to be able to live off what we have.

Then there’s the issue with other peoples’ problems. There are several people that call my hubby just to vent. Just pouring all of their issues onto him, which means its pouring onto me. I don’t like negative people; I stay away from negative people. The one thing I dislike is being around the most nagging person who complains about everything in life. Ughhh.

I can go on and on, literally. LOL. But this post is beginning to get long. I like short and sweet. So yes, being a WAG can be stressful. I deal with things as they come. Stay tuned for more “Life As A WAG” posts. These post will most likely be about my life as a WAG, duh Morgan. Anyways.