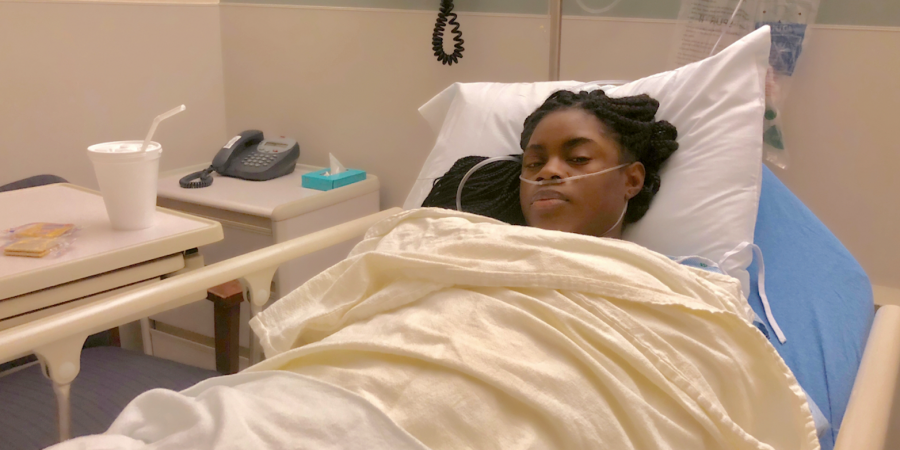 Its been one week since I’ve had my surgery. How am I feeling? For the most part, I feel great. My stomach is still a little sore in some places though.

Surgery went well. I underwent a laparoscopy. A laparoscopy is a non-invasive surgery through the abdomen. Dr. Fogwell is a professional at using the Da Vinci Robot (a surgical tool used during non-invsasiv surgeries). He made four small incisions through my stomach, with one of them through my belly button.

After making the incisions, Dr. Fogwell filled my stomach up with gas to maneuver around my organs. He checked my ovaries, my uterus, and then placed my transabdominal cerclage. Again, a transabdominal cerclage is a stitch around the cervix that is placed through the abdomen, rather than vaginally. Easy Peasy! 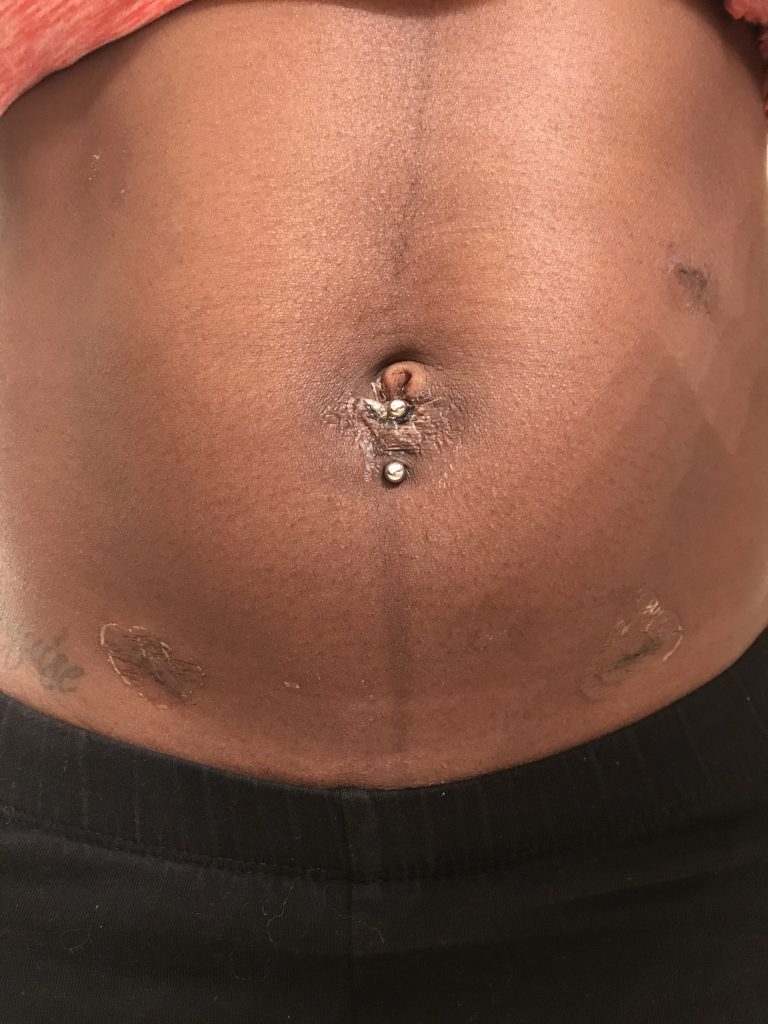 (These are my scars: one through my belly button, one through the side of my abdomen, and two on my bikini line. The shiny, crusty looking stuff is the bondage glue peeling)

I can’t remember falling asleep. However, I do remember waking up. I was super tired and groggy. I could barely keep my eyes open. They took out my breathing tube and catheter. I’m so glad I was still under anesthesia during this process because I would’ve freaked out.

I remember them telling me to breath. I’m not really sure why though. But I do remember myself trying to force myself to swallow after they took the breathing tube out. My throat was way too dry, so I gave up. After recovery, the moved me back to my room where my husband was waiting.

At this point, in order for me to leave, I just had to use the restroom. They wanted to make sure I could pee on my own. It actually took me a while to pee because I could barely stay awake to even drink fluids. It took me about four to five hours. And boy, did it hurt. Gosh, it stung so bad. I’ve never experienced anything like it.

After leaving the hospital we went to pick up my prescription. We also grabbed food and then we headed home. As soon as I got home I went straight to bed. I stayed in the bed the first two days and finally moved to the couch on the third day. I was still sleeping majority of the day. However, by day four, I was up and moving around fine.

The pain was tolerable. It didn’t hurt too bad. My stomach was sore as if I had did a tough ab workout leaving my muscles sore. In order to stay pain free I had to avoid coughing, sneezing, and laughing. That was easy because I was already sleeping all day.

One problem I ran into was constipation. I knew this was going to happen so I tried to avoid it by taking a stool softener and Gas X. Man, that stuff did not work. I still ended up constipated. It took me approximately six days to take a bowel movement. And let me tell you, I definitely needed Jesus. LOL.

Much love to you all,

8 Replies to “One Week Post Surgery: How Am I Feeling?”