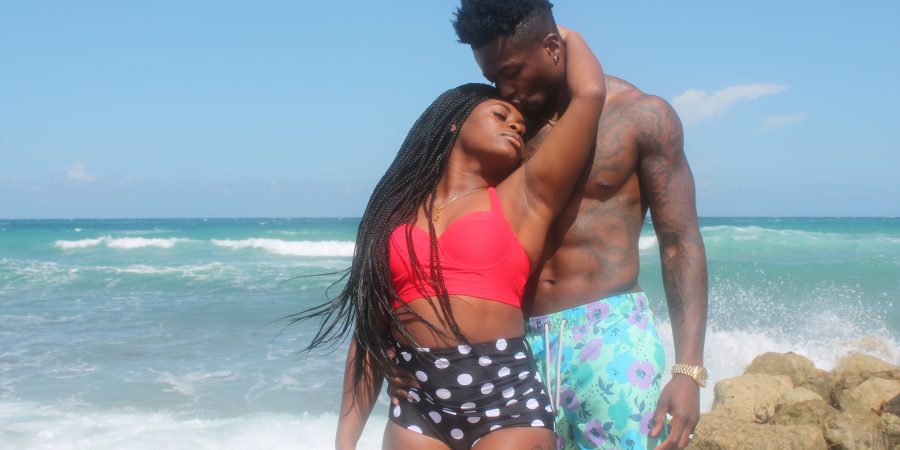 Our Adventurous Anniversary: Two Years Down, Infinity To Go!

I will try to make this post as brief as possible. We spent five days in Montego Bay, Jamaica for our 2-year anniversary. I cant believe its been two years already. Time flies when you’re living your best life.

Here’s the breakdown of how our vacation went:

I don’t know about you, but we’re very routine individuals. We like to stay at the same hotel every time we go to Jamaica. We’ve tried out two hotel so far, Riu Palace and Hyatt Zilara. They’re both all-adults and all-inclusive hotels. Who doesn’t want free alcohol, free food, and free 24hr service. We love the Hyatt Zilara the most though.

As soon as you arrive to the airport, the concierge lounge for the Hyatt Zilara offers you cold towels and Rum Punch. A shuttle then escorts you to the hotel where you get your room key. We relaxed our first night in Jamaica and grabbed dinner at the all-you-can-eat buffet called ChoiceZ.

The Hyatt Zilara has several different restaurants you can chose from. Don’t worry, if one is closed, there are several more open to choose from. The hotel offers everything from a pastry shop, a coffee shop, a buffet style dinner, and even a couple of fine dining restaurant.

The next day we decided to stay at the resort. In order to soak up the sun and relax outside all day, we rented a cabana. We met up with our second family in Jamaica and spent the day with them at our resort. I guess you can say we had us a mini photoshoot on the beach. Check out some of our photos: 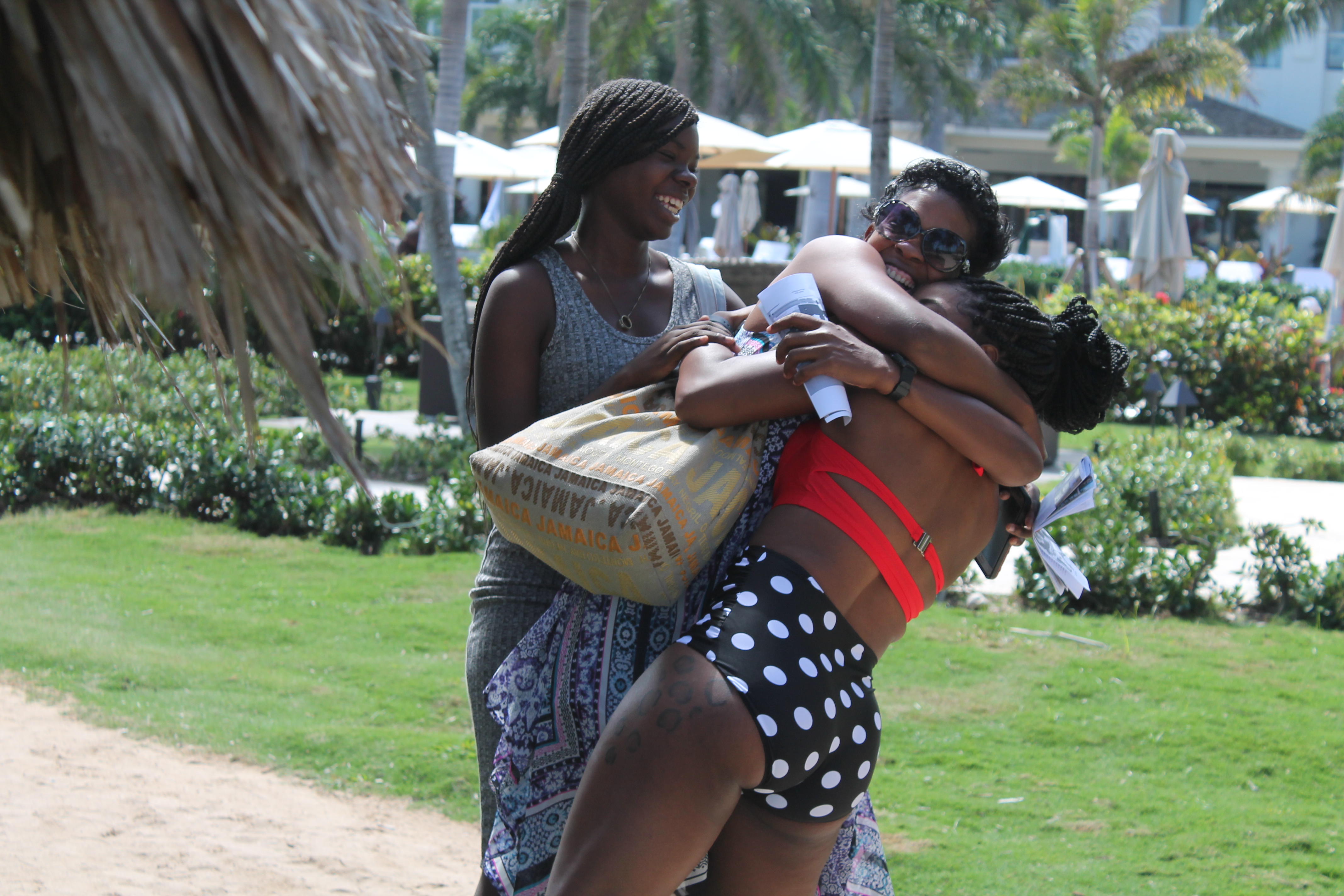 Hadn’t seen our adopted Jamaican family in a whole year. So much joy and love! 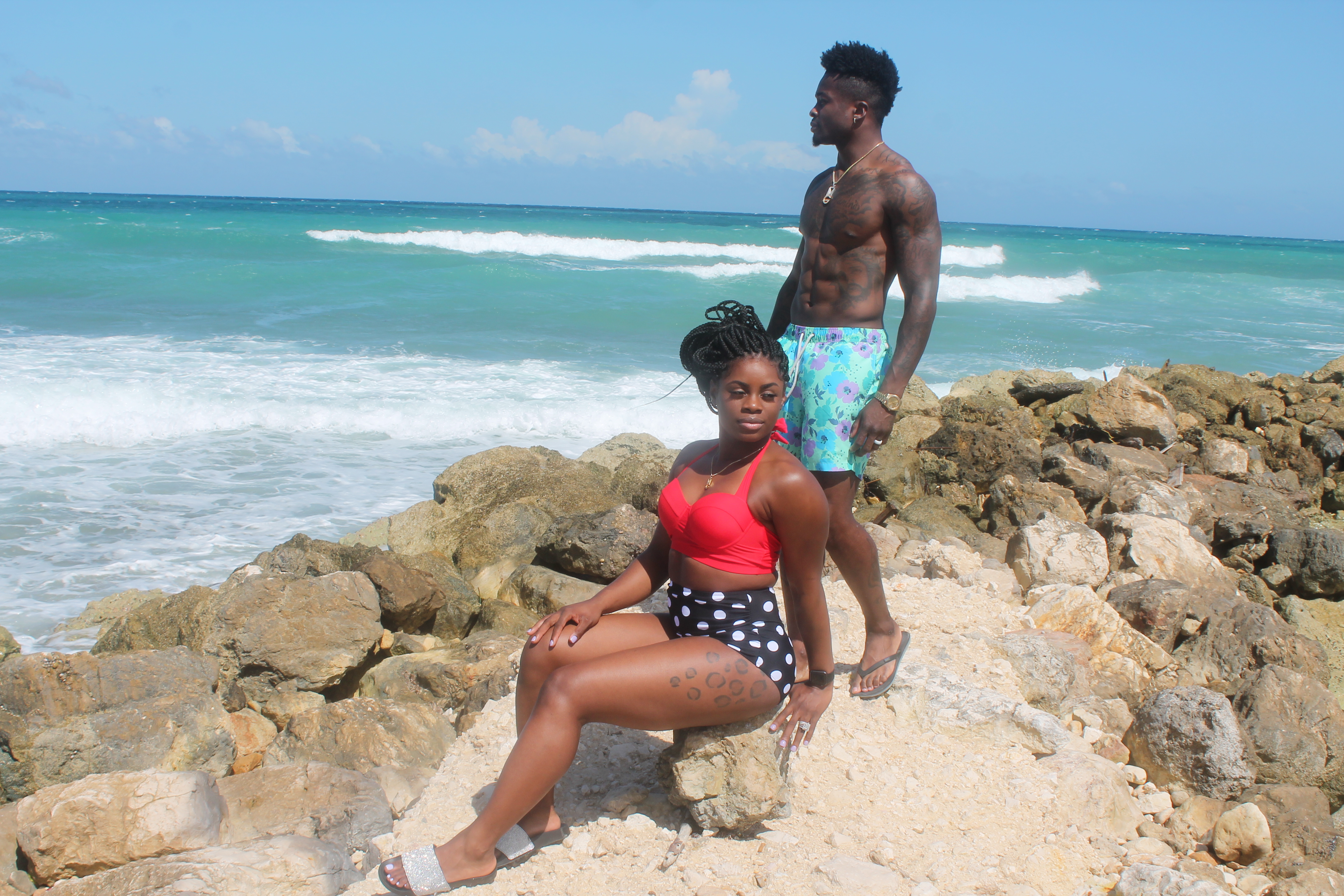 My husband and I, looking like Abercrombie & Fitch models. LOL! 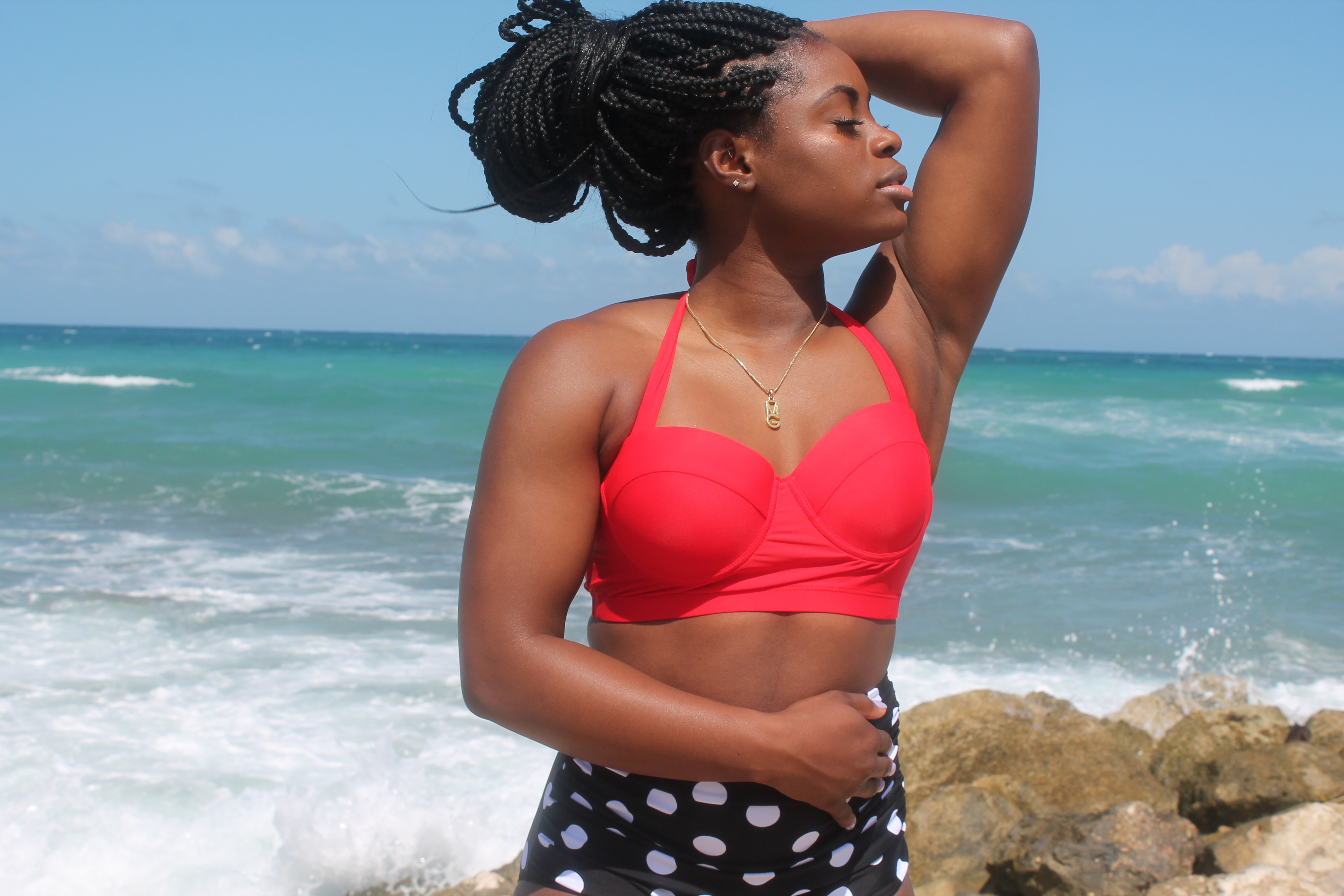 I guess you can say I was feeling myself. LOL! 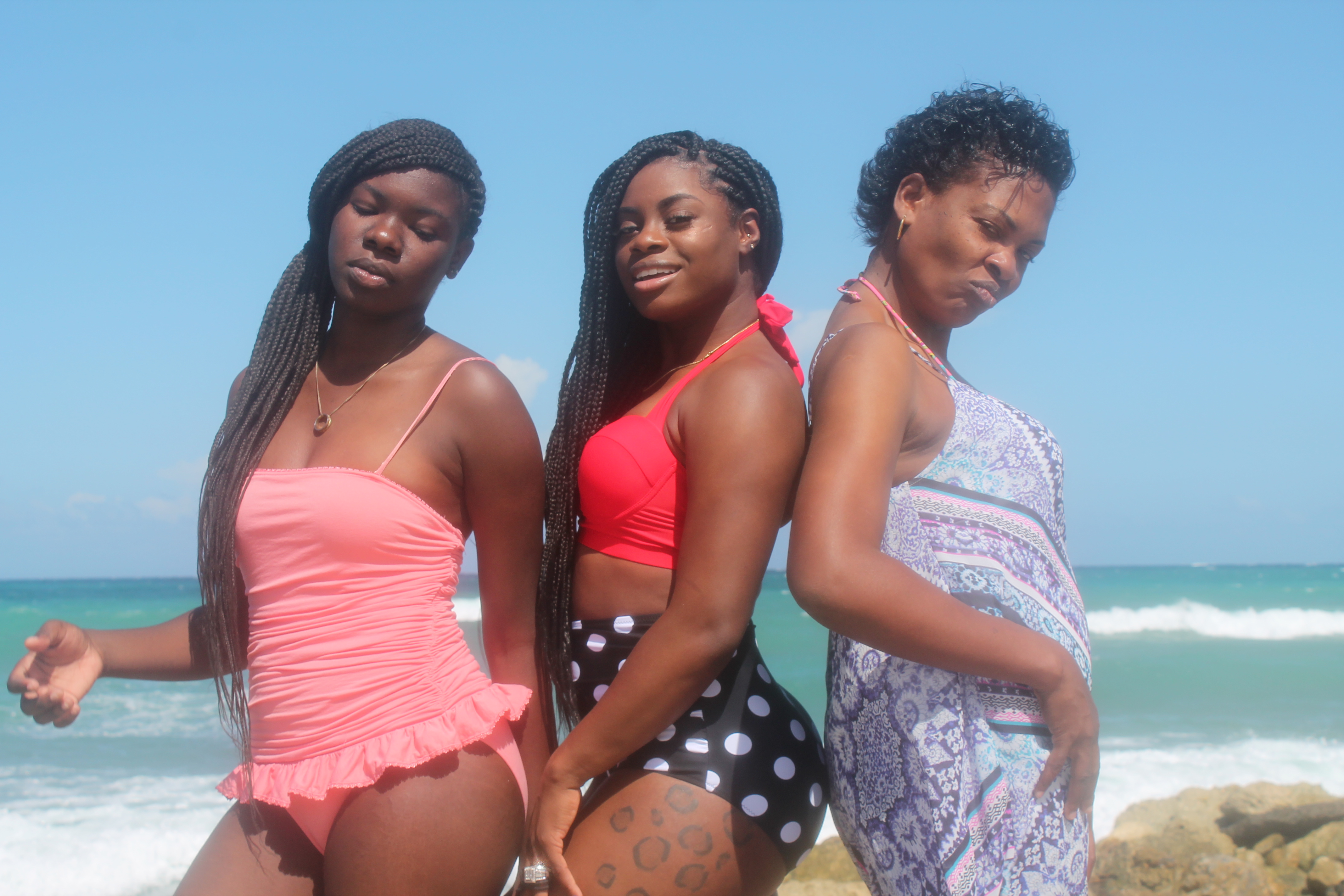 Left to right: Abigale, me, and Nadine. 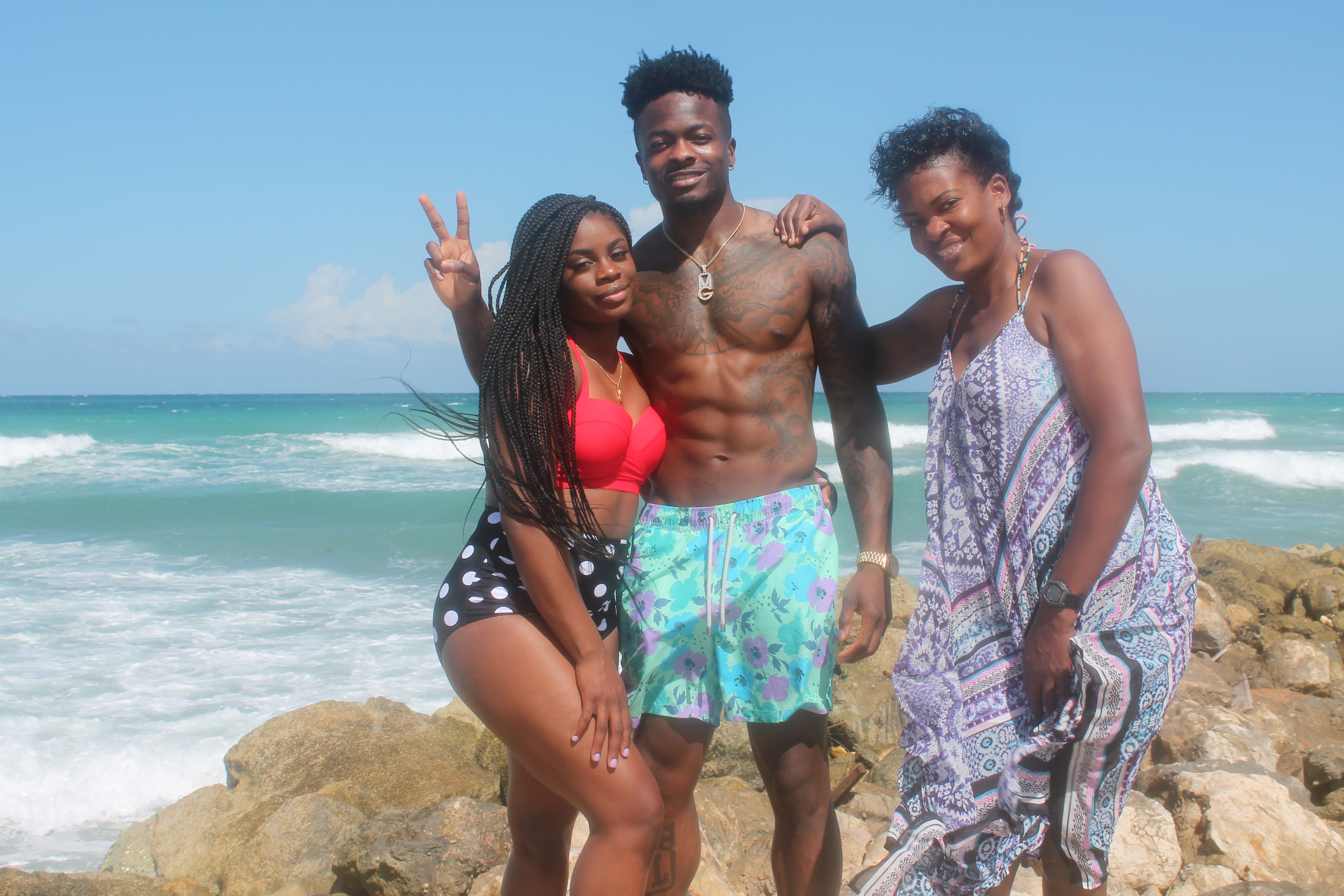 Left to right: Me, hubby, and Nadine.

We had so much fun at the party. There was so much foam around me that I kept drowning in it. We played tug-war, had a dancing contest, and played several other games. My hubby even won us a bottle of champagne.

Game rules: Everyone in the pool received a balloon. Last person with their ballon wins a bottle of champagne. You had to pop other people’s balloons. In the end, my hubby and I still had our balloons along with five other people. New Game rules: the first person to reach the guy on the mic won the bottle. You already know who won! Hubby wasn’t letting anybody hold him back.

After the foam party, we got dressed and ready for dinner. We ate at a Jamaican cuisine called Horizon, located on our hotel property. I ordered the oxtails. Hubby was so mad because he stopped eating red meat in April of 2017. And boy did he miss out on some good red meat. LOL!

For Sunday, we schedule an excursion. Around 9am, we met up in our hotel lobby to go to Mystic Island. Mystic Island is a rainforest located in Ocho Rios. They offer many activities including zip lining, a sky explorer, a bobsled ride, and a waterslide. We had a blast here. The bobsled ride was so fun that we rode it twice.

After leaving Mystic Island, we headed to Dunn’s River. Man I tell you, Dunn’s River was the most beautiful place. We climbed through the falls, took pics, and slid down some parts of the river. The tour guide and our videographer made our adventure up the falls so much better.

We were exhausted after this excursion. When we got back to the hotel, we rested before we got dressed for dinner. We ate at an Italian restaurant called Di Roza. They make these really cute tiny pizzas for appetizers. I also ordered the calamari and shrimp alfredo pasta. We drank so much wine that night. I was definitely drunk by the time we made it back to our hotel room.

It’s our anniversary! Well, it WAS our anniversary on Monday, Feb. 12th. We spent the whole day together. We ate breakfast and rented another cabana again. At 2pm on our anniversary, we enjoyed a relaxing massage for two followed by a bubble bath and champagne. Before we even arrived in Jamaica, I called ahead and schedule us a couples massage. If you don’t know us, know that we love getting massages.

After our massage, we drank the whole bottle of champagne. I guess you can say we drank a lot. Hubby was sold on the Pure White Hennessy this trip. He bought him a bottle at the airport before we even reached our hotel. They don’t sell it in the United States. He’s not really a drinker so of course he didn’t even finish the whole bottle. I believe he was more intrigued with buying it because it isn’t sold in the U.S. 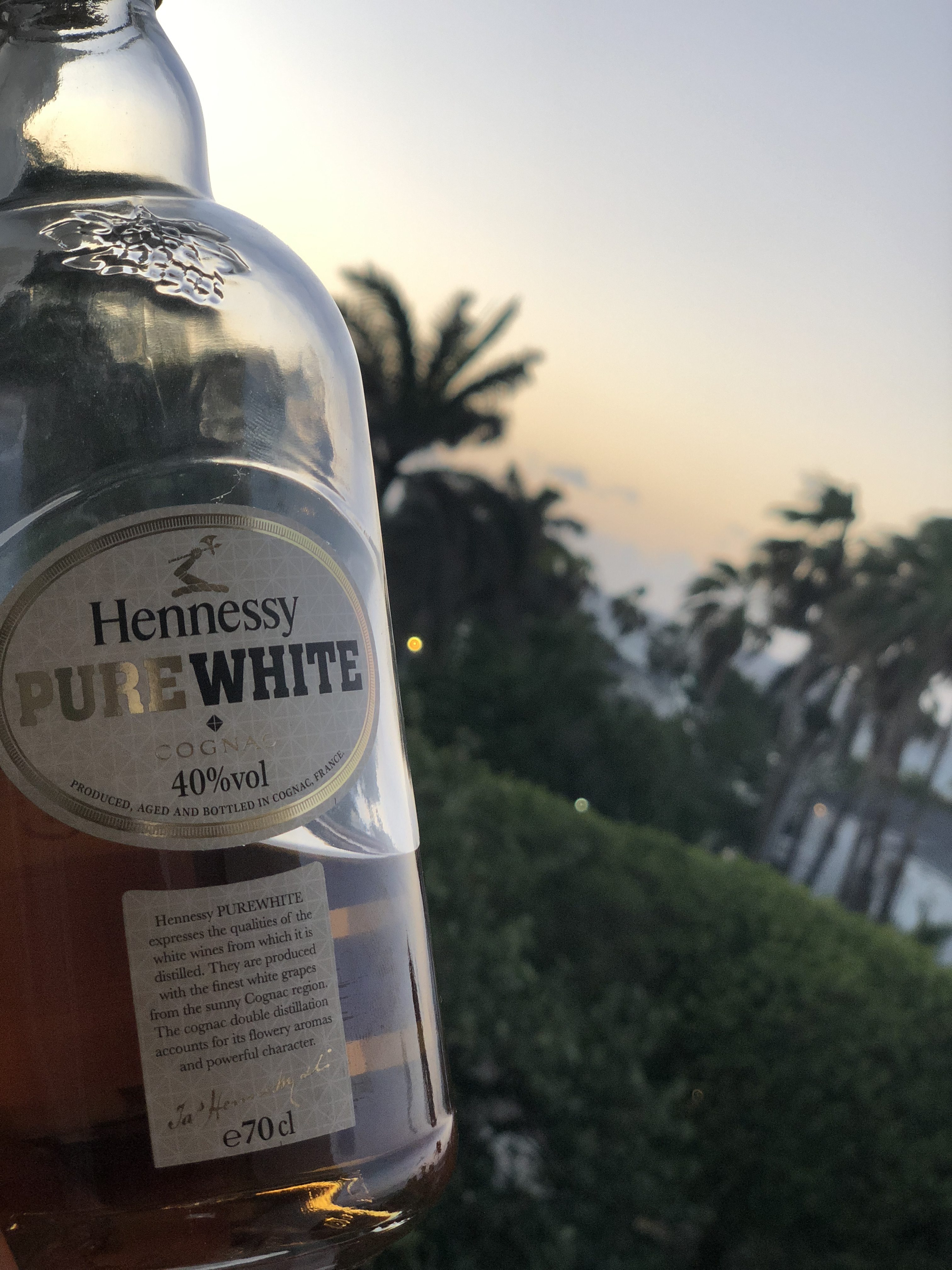 This is Pure White Hennessy

The night of our anniversary, we ate at FuZion Asian Grill. OMG, if you know me, you know I love me some asian food. I love Chinese, Korean, Japanese, and Thai. Doesn’t even matter, you can say I eat cats and dogs; I don’t care. LOL. I ordered sushi and miso soup as an appetizer. For my meal I ordered the sweet and sour chicken, along with vegetable fried noodles. It was so so good!

After the bottle of champagne and wine from dinner, I was definitely drunk. We definitely enjoyed our anniversary.

Tuesday was the day we left. Our flight wasn’t until 3pm so we were able to enjoy our hotel for a few hours before leaving. We ate breakfast, packed up, and showered. The we sat outside  for a few hours before getting lunch. After that, we got a smoothie before catching our airport shuttle. Good times, good times. 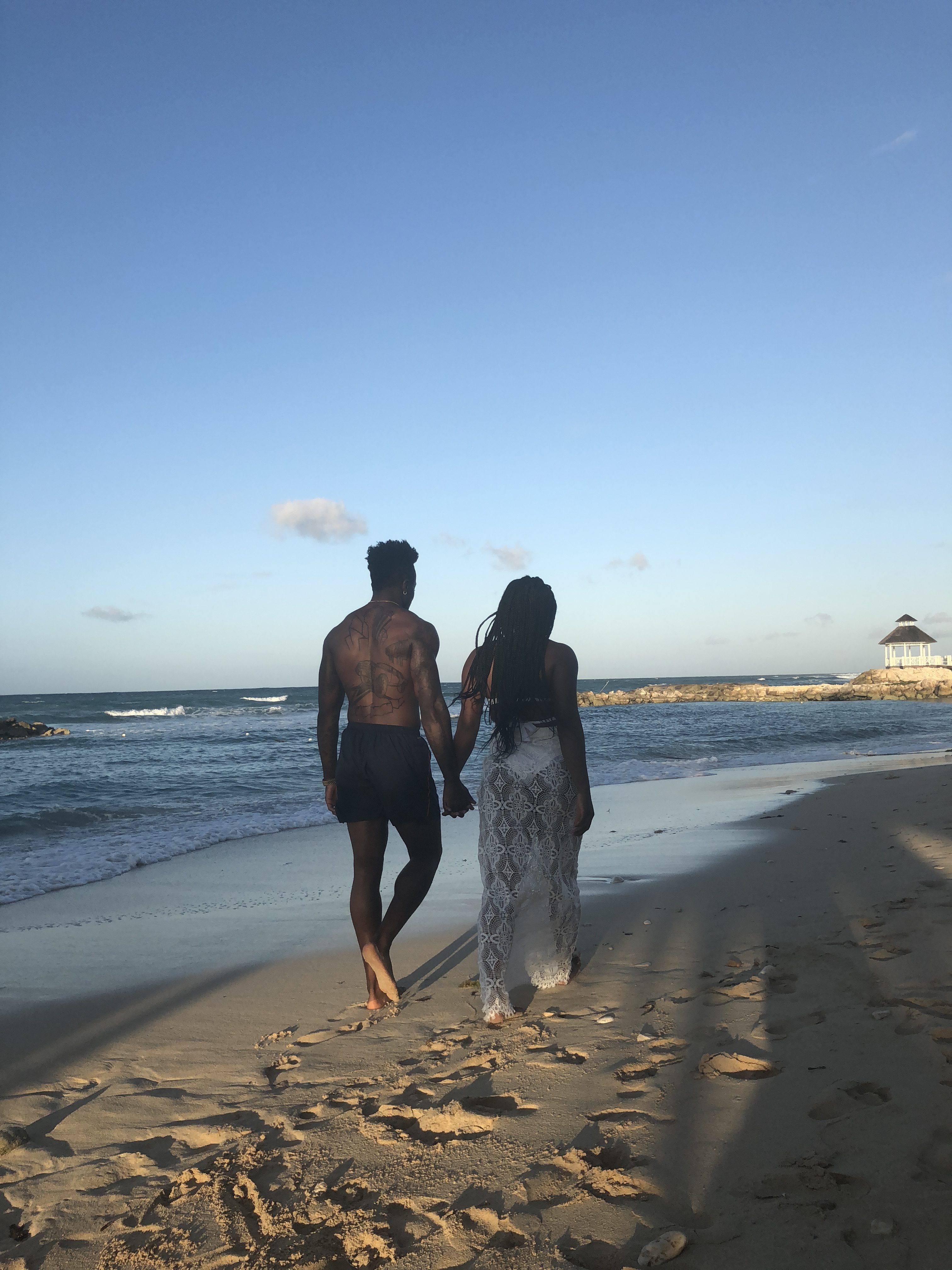 We’ve been going to Jamaica every year. We always have a good time. I love the weather, culture, music and food. Eventually, we’re going to end up running out of things to do in jamaica. Once we run out of things to do, we will start using Jamaica as a weekend get-away.

The beauty of Jamaica is breathtaking. You have the beach, the rainforest, the hills and mountains. We really want to get a vacation home there. Jamaicans are really one-of-a-kind. They work for a living and love their jobs. If you ever need a vacation, I highly recommend Jamaica!

4 Replies to “Our Adventurous Anniversary: Two Years Down, Infinity To Go!”